Cirque du Soleil – Which Show Should You Pick on Your Las Vegas Getaway?

The astounding Cirque du Soleil is an enormous acrobatic act… and so much more. If you have an image of the old time circus with clowns and acrobats, be prepared for a shock. Cirque has this, and much more, but in a form that is wildly different. So just pick one for you romantic Vegas getaway and you will not be disappointed.
With dozens of artists – tumblers, fire breathers, clowns and others – the show has many of the traditional entertainers. But the similarities end there. The difference is immediately visible the moment you see the entertainers. With carefully crafted makeup and costumes, it has to be seen to be appreciated. Deep blue or orange suits with tie-dyed designs, Chinese red capes and kaleidoscope makeup are only the beginning. 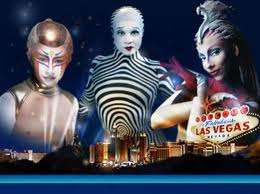 The performers are among the best acrobats in the world, gathered from more than a dozen countries. Displaying their talents inside huge arenas that seat over 1,600 they astound audience members with their skill. But that skill is in service of the most unusual, individual and innovative choreography around.

Whether it’s the Aerial High Bar act making death-defying leaps that seem as if they truly can fly or the Alexis Brothers with their amazing tumbling the shows never let up for a moment. For 90 minutes at the Mystere Theatre audience is agog with wonder as they watch the show unfold. At the MGM the KAshow dazzles the eye. The O performance is as wondrous as its title signifying ‘everything’.

Dancers of the Cirque du Soleil are one of the highlights. Combining traditional movements from their native countries with modern twists and turns that surprise at every step, the artists leave you something to remember for a long time afterward.

But the show isn’t all just traditional high wire acts, comedy or dancers in new costumes. There is a theme to every show, one that weaves and tangles and then resolves like a complex detective story. You may have to attend several times to unravel all the mystery and awe that’s packed into the performance.

Performances can be crowded. Once a novelty, Cirque du Soleil has taken center stage in Las Vegas and became an important part of the whole ‘Vegas experience’. Like a lot of shows in Las Vegas, tickets are a bit high but a web search might yield a discount.

Well worth the price, the Cirque du Soleil is an unforgettable theatrical experience. Don’t miss seeing it in the Desert City of Lights.

Whether O, KA or Mystere, or any of the several other shows that are brought forth over the months and years, Cirque du Soleil will always leave you guessing what’s next. And with so many new shows, there is always a new one to see on a romantic Vegas vacation.

Caesars Palace at Las Vegas
Caesars Palace has never gone out of style â€“ did you know that it is one of the oldest hotels in Las Vegas which is still standing? It was first opened way back in August 1966!

Red Rock Canyon
To visualize Red Rock Canyon you have to imagine Las Vegas with the neon lights, casinos and maybe a spectacular show.

The MGM Grand
The MGM Grand is one magnificent sample of the MGM long and glorious tradition as an entertainment company.

The Mirage
Owned by MGM Mirage, this Hawaiian-themed, 3,000 room hotel is as much an entertainment complex as a place to stay.

The Venetian
The Venetian Resort Hotel Casino contains everything listed in its name, and a great deal more. 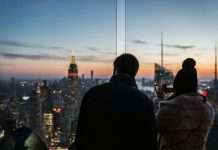 What is Included in the Price of an All Inclusive Resort?

Visiting Buckingham Palace – On your Romantic Vacation in London

How To Make Your Hawaii Travel Plans