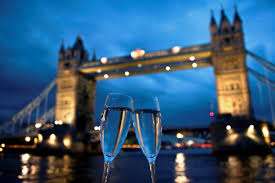 If you have five years for a romantic vacation in London you might be able to see about half of what London has to offer. No matter your tastes – whether modern or classical art, monuments and museums, zoos and gardens, nightclubs, theater, music, and on and on – it’s here in abundance.

A perfect blend of ancient and modern, London has over 200 galleries and 300 museums, and 150 events a day to interest the traveler. One could see the Tower of London and the Crown Jewels in the morning and the Tate art museums in the afternoon. Or visit Parliament early then shop at Harrods later. All are in the top things to do in London.

Westminster Abbey is the burial place of kings, poets and scientists, and a short distance from the changing of the guards at Buckingham Palace. Cathedrals and churches that rival the best of France or Italy are here, especially the must-see St. Paul’s Cathedral.

For those who might have enjoyed Wall Street in New York, London has its own – and much older – version in The City. This hub actually has roots that go back thousands of years, since before money was even invented.

There are Inns galore also dating back a thousand years or more and several outstanding parks, such as St James, Hyde Park or Regents with the famous gardens and the even more famous zoo. Holland park has an opera house and Japanese gardens and Kensington the amazing gardens and the Royal costume collection.

Speaking of gardens, be sure not to overlook Covent Garden on your romantic vacation in London. Not really gardens at all, the area is a spectacular array of theaters, shops and more where the street performers compete with restaurants, bars, clubs and shops for tourists’ attention. The Royal Opera house is here, for those who prefer a different style of entertainment.

London’s famous outdoor markets also go back centuries, where the antique hunting at Portobello Road is unmatched anywhere. Borough Market has been thriving here for over a thousand years. The atmosphere in some is almost like a Moroccan bazarre. And, for those who like their burgers bizarre, you can get an ostrich patty cooked to taste.

But after all that shopping one is bound to be hungry and tired. The West End offers a variety of pubs at a range of prices and quality of cuisine. Then after a meal, the weary traveler can see a show that rivals the best of Broadway. Many actually begin in London and only later travel to New York.

Museums abound. The Victoria & Albert, named for the famous 19th century queen and her consort, the Natural History and Science museums, and the world-renowned British Museum could each form a day’s excursion.

But newer attractions are also worthwhile. The London Eye, build at the turn of the millennium, continues to attract visitors as if 2000 weren’t years earlier. It touts the world’s largest ferris wheel and a 30-minute boat ride in a glass gondola that offers views of Big Ben and the River Thames. And the Tate Modern, opened in the same year features Picasso, Matisse and other famous names of 20th century art.

So, once you’ve explored all those venues thoroughly, come back and we’ll lay out another five years of places to see and things to do for your next romantic London getaway. 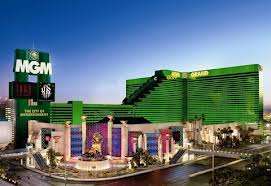 The MGM Grand – Truly Grand for a Romantic Vegas Vacation 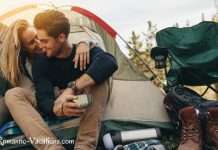 Camping for Couples: 11 Fun Ways to Make it Romantic &... 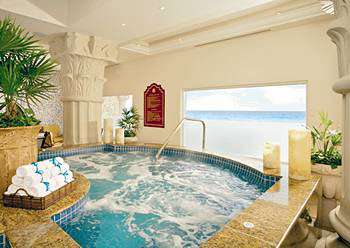