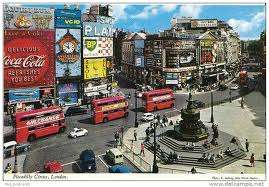 What you need to know about visiting Piccadilly Circus: At the junction of Regent Street and Shaftesbury Avenue lies a trapezoidal area near London’s West End known to the world as Piccadilly Circus.

It’s an odd name, since there’s no circus there, but even odder is that ‘circus’ usually denotes a round city area where several streets meet in a circle. After the Roman plan. But that eccentricity fits Piccadilly, since this area of the great British capital attracts the most diverse set of people in an already diverse town.

The first half of the name comes from a 17th-century frilly collar called a picadil. The name is a perfect description, for here are the frills of London. Here are pubs, monuments, shops and nearby theater in the West End.

Known already by 1743 by its current name, the junction was created in 1819 and its history shows. There’s the bronze Shaftesbury memorial fountain, erected in 1893, topped by a statue of Anteros, the Angel of Christian Charity. (The Evening Standard uses a graphic of the nude statue on its masthead.)

Technologically innovative at the time, it was the first sculpture to be cast in aluminum. In the late 1980s, the fountain was moved from the center to its present location at the south west corner of the intersection.

Not far from the center, is the off-center (the literal translation of the Greek word ‘eccentric’) Reduced Shakespeare Company, who have performed at the Criterion Theater since 1995.

Their specialty is the rapid, highly improvised, presentation of the complete works of Shakespeare in 97 minutes. (Well, something that draws inspiration from 37 of the plays, anyway.) The 600-seat theater regularly sells out, so plan ahead.

The surrealistic show fits in well with the ambiance of the area, but for those interested in more traditional forms of theater the London West End shows are only a few minutes walk. Here you can see the best of British theater – shows which often are later imported to Broadway.

On the northeastern side, is the London Pavilion. First erected in 1859 as a music hall, Shaftesbury Avenue bisected the site in 1885. A new building for the purpose was built and by 1923 was even lit with electric billboards. Rebuilt in 1986, the original 1885 facade was preserved and the area converted to a shopping arcade. Later it was connected to the neighboring Trocadero Centre.

Virgin Megastore has a shop here, along with rival HMV. Lillywhites, a major sporting good retailer is nearby, having been there since 1925 and are fun shopping stops for your romantic London getaway. Under the complex is the tube station (the London Underground subway system).

There are also pubs galore, but be selective. Some are nothing but tourists, some are very tourist-unfriendly and not what you would want to experience on your romantic vacation in London. While you’re doing touristy things, don’t miss the newly installed, giant, curved TV screen. Not even Times Square can compete with this one.

Find the best deal, compare prices, and read what other travelers have to say about Piccadilly Circus

Destination Weddings in Scotland – What You Need to Know 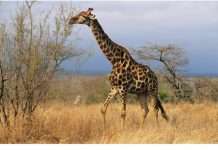 What is Unique African Culture and Tradition?