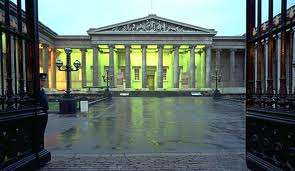 Like most museums in London, visiting the British Museum is free of admission (though some events and special exhibitions have an admission charge). But if it was the most expensive attraction in the city, it would be worth the price. Often rated the number one tourist attraction, it houses millions of artifacts from around the world and through history and a must see on your romantic vacation in London.

Beginning with the collection that branched off to the Natural History Museum, for over 250 years the institution has offered viewers a chance to see history up close in large and small.

The museum gained a reputation for housing significant cultural artifacts as early as 1801 when it acquired the Rosetta Stone. Now displayed outside, this ancient slab contains writings in Egyptian and Greek from the Ptolemaic Period, circa 200BC. It was one of the earliest tools used for deciphering the hieroglyphs of ancient Egypt.

The theme is continued with the large collection of mummies housed in colorful sarcophagi along with statuary from all over the Middle East. Alongside them are a variety of non-human animal mummies, companions that were often buried with the rulers.
Visiting the British Museum

Ancient Greece is equally well represented in the form of a fragment of the Mausoleum of Halikarnassos, though the highlight of the section is unquestionably the famous Elgin Marbles. Purchased by Lord Elgin in 1816 from a Turkish Sultan (who ruled Greece at the time), these magnificent works were carved around 440BC. Once a part of the Parthenon, the statuary resides in the Duveen Gallery designed by the architect of the Jefferson Memorial.

Ancient Rome’s influence on Britain is not neglected either. The Weston Gallery houses dozens of items from the Mildenhall Treasure of 4th-century tableware. And, in the next room, visitors can gaze at the Sutton Hoo Treasure. Dating from the 7th century the many swords and helmets, often sporting rubies and sapphires, make a fitting adjunct to the Dark Ages king’s shield displayed.

From a period long before the Roman invasion of Britain, there’s a heavily visited item called ‘the Peat Marsh man’. Discovered by archaeologists in a Cheshire peat marsh, the body of this 1st century unfortunate is believed to be that of a victim of ritual sacrifice.

But objects far outside Europe are also on display. There are examples of Native American hunting artifacts from 10,000 years ago. There are the Sainsbury African Galleries housing ivory, gold and ancient wooden masks. And, in the Korean Foundation Gallery there are numerous porcelain artifacts from Asia.

But be sure to save some time to focus not just on the items housed, but the container. The building and several rooms are themselves cultural artifacts worth seeing.

From its Ancient Greek facade on the exterior to the 19th century round Reading Room in the interior, the British Museum itself is an artwork the equal of any it contains and you will remember it well from your romantic London getaway.

Visiting the British Museum is easy to reach via the London Underground, i.e. ‘the tube’ or subway. Exit at Russell Square.

Find the best deal, compare prices, and read what other travelers have to say about British Museum 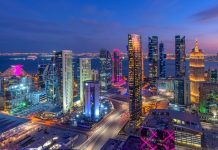 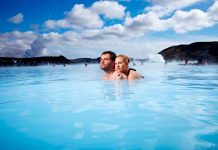 Quebec City Accommodation – A Touch Of Unique and Historic 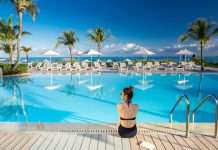