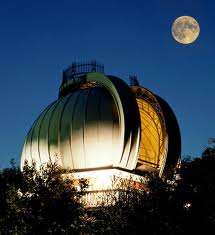 Evolving from an era when, in 1386 at the Salisbury Cathedral, the time was measured in quarters of an hour indicated by the gong of a bell, the atomic clocks of today are precise to one second in a million years. Fortunately for visitors to Greenwich, approximately 23 minutes east of Big Ben, dozens of artifacts from everything in between those extremes has been preserved.

For much of the 20th century the organization wasn’t actually housed at Greenwich. Owing to increasing urbanization, the observatory and staff were moved in in the 1920s, finding various homes over the years. Sites as close as Cambridge and as far away as Herstmonceaux in Sussex have been used.

During that time the original buildings became part of the National Maritime Museum. That’s fitting given that the observatory was originally funded as a means to aid navigation, with considerable commercial impact to Britain and the world.
Visiting the Royal Observatory

Over the centuries, the need for accurate navigation was felt by many. By the 18th century, the technology to fulfill it was rapidly evolving. In 1714 a Board of Longitude was established to address the problem.

After much scientific trial and political intrigue, the £20,000 reward was finally claimed. The money went, after 50 years of effort, not to an established astronomer but to an obscure Yorkshire carpenter and amateur clockmaker, John Harrison.

Wisely, the prime meridian – longitude zero degrees – was kept in place during the observatory’s wanderings. It needn’t have been so. During the late 19th century there was considerable debate about where to place the reference line. In 1884, the International Meridian Conference was convened to decide the question.

Paris, long home to astronomical and geodetic study, was a logical choice but was outvoted, 22 to 1. The US had already selected Greenwich and much sea-going commerce already depended on charts using the site as a standard.

Greenwich has been the official site ever since.

Today, anyone visiting the Royal Observatory can see several interesting results of the efforts to establish accurate timekeeping. All four of his innovative inventions are preserved and kept in working order at the Harrison Gallery.

But there are many other interesting items on display, inside and out and this is why you should visit on your romantic vacation in London.

The Red Time ball has for decades slid up and down a pole atop Flamsteed House in order to mark the time. Flamsteed was the first Astronomer Royal. Visible on a good day for miles it has been used to synchronize clocks and provide amusement for millions.

A more modern timepiece is ensconced in one wall: a digital read-out kept accurate by connection to 200 atomic clocks around the world. You can quite comfortably, as the saying goes, set your watch by it.

Among other interesting artifacts on display are many of the observatory’s 360 telescopes, dating from the mid-17th century. Everything from fashion accessories to gun-sighting telescopes used in WWI are housed here.

Naturally, while here on your romantic London getaway, you will want to stand on both sides of the Prime Meridian and take a photo. There aren’t many opportunities, after all, to be in two times at the same place.

The site is easily reached via the London Underground, i.e. the ‘tube’ or subway. Exit at North Greenwich.

Find the best deal, compare prices, and read what other travelers have to say about Royal Observatory

Report Of The Astronomer Royal To The Board Of Visitors Of The Royal Observatory, Greenwich 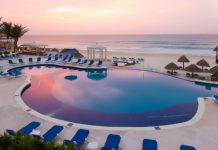 How To Get The Most From Your Romantic Niagara Falls Getaway