What else can you do on your vacation to New York City? Few museum buildings can justifiably claim to be works of art in their own right. Frank Lloyd Wright’s Solomon R. Guggenheim museum of modern art is in that sparsely populated class.

Built between 1956 and 1959, the museum still serves its original purpose – the display of works from the 20th century, primarily painting and sculpture. If museums on you your list of things to do on your vacation to New York City, then this one is highly recommended. The unusual spiral design has been controversial since before the first stone was laid. In part, because there were no stones to lay. The building is a continuous concrete pour in the shape of a sand-colored ribbon that winds from bottom to top, widening as it goes. The net effect is organic, but unlike any analogy one could draw. It’s simply sui generis.

This makes for lack of window light around the exterior, but this is partly made up for by the large, open cylindrical atrium that runs through the center. From every angle, this skylight-fed area illuminates the walls within, though the works are somewhat shadowed by the continuous walkway ramp that curves around the interior.
Guggenheim Museum

Despite Lloyd’s original intention, in which a visitor would take an elevator to the top and walk leisurely down the ramp to view the displays, most visitors walk UP the ramp. Something about the design makes the effort more than worthwhile.

Along the walls can be found examples of most of the famous names of the 20th century: Picasso and Pissaro, Giacometti and Kandinsky. Even a Lichtenstein or two. Both sculpture and paintings compete for flat wall space – most of the surfaces follow the gentle curve of the building.

As a result of the lack of level floors and flat wall space, complaints about the difficulty of proper display have been frequent since the building’s birth. Several years ago a partial solution was reached when a 10-story tower was erected behind the original, once free standing, building. The conventional tower now holds many of the paintings with more of the sculpture finding a home in the original museum.

The building itself is best viewed from across the street on the west side of 5th Avenue. From this vantage point, the visitor can get a variety of views of the architectural crowning point of Wright’s career.

There are fewer of Wright’s more typical structures in this example, but there are some moderate-sized cantilevers that betray the work of the master. Not least is the large one several feet above eye level that runs the length of the site. And inside, standing in the center of the atrium at the bottom or top, one can clearly see hints of the equally well-known Johnson Wax Building completed many years earlier.

Located a few blocks north of the Metropolitan, the 88th Street location is easily accessible by cab up Fifth Avenue, or from the Lexington Avenue subway station at 86th Street is definitely worth the visit on your vacation to New York City. 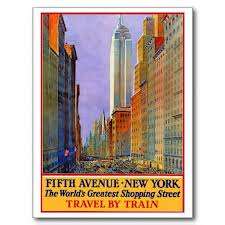 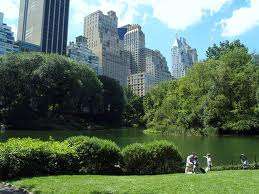 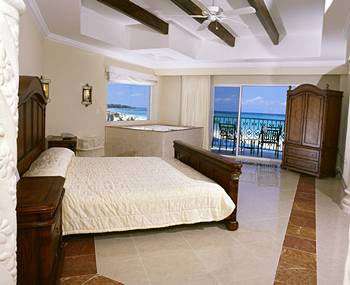