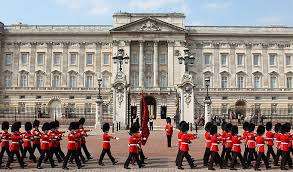 Visiting Buckingham Palace on your next romantic London getaway is one of the most popular tourist attractions in London. Buckingham Palace is still the official residence of Britain’s monarchy, as it has been since Queen Victoria’s designation in 1837.

Much of the building was constructed as early as 1703 for the Duke of Buckingham. Buckingham House (as it was then known) was purchased in 1762 by George III, who used it as a private residence. Over the following 75 years the house was expanded to form three wings around a central courtyard.

When Queen Victoria discovered the lack of several ‘necessary’ rooms – such as a formal ballroom, a nursery, visitor’s bedrooms and others – major additions were undertaken, including adding an entire wing to form a quadrangle. The Marble Arch was moved to Hyde Park, where it still resides near Speaker’s Corner. With the refacing using Portland stone in 1913, the palace received its last major change.
Visiting Buckingham Palace

Still actively used as both residence and offices, over 50,000 guests and invited diplomats visit per year who interact with over 400 individuals for whom this is ‘the office’. Nevertheless, several parts of the palace are open to the public.

Visiting Buckingham Palace during August and September, the West Wing admits visitors who can view the State Rooms. At other times of the year, various parts are open, where tourists can view spectacular jewels, dressing gowns, furniture and the building itself.

The Queen’s Gallery near the Royal Mews (stables and, later, a garage) is open year-round and has an ever changing display of objects owned by ‘the British nation’. Here you can see original paintings by Rubens, Vermeer, Canaletto and other great artists.

The Royal Mews are also open to the public, where you can see 30 horses and the golden State Coach. The four-ton coach, pulled by eight horses, is used for coronations and other state functions.

Outside, the 40-acre garden presents a peaceful walk full of well-tended flowers and shrubs and a superb view of the lake.

A must see on your romantic vacation in London is the ‘Changing of the Guard’, or as it’s more formally known: the Guard Mounting. Household Troops have guarded the Sovereign since 1660, but today the task is carried out at Buckingham by soldiers drawn mostly from the regiments of the Foot Guards.

A Guards’ band plays a traditional military march as one set of guards replaces the other. When the Queen is in residence, four sentries stand at the front of the building. While she’s away, the contingent is reduced to two.

In their traditional red tunic and bearskins, with the distinctive helmet, the guards are highly trained to avoid interacting with the many visitors who try to distract them. Occasionally, other Commonwealth units participate in guard duty, as do the Scots Guards and the Brigade of Gurkhas.

The Guard Mounting ceremony is performed at 11:30 am and lasts for about 45 minutes, though it’s skipped sometimes owing to inclement weather. The Palace location is easily accessible by the tube (the London Underground subway system). Green Park is to the north of Buckingham Palace, Victoria Station and St. James Park stations are to the south.

Find the best deal, compare prices, and read what other travelers have to say about Buckingham Palace

The Turning Stone Resort Casino Has Something For Everyone 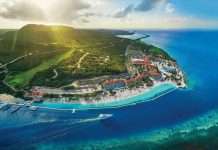 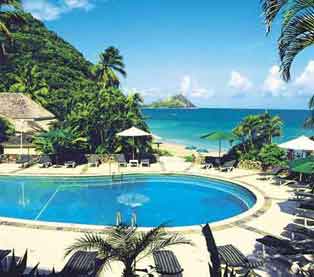